European press publishers represented by the European Magazine Media Association (EMMA) and the European Newspaper Publishers’ Association (ENPA) are concerned that the lack of a robust fundamental rights safeguard in the Digital Services Act adopted today by the European Parliament will have a worrisome impact on press freedom in an increasingly digital world. During the legislative process, we have repeatedly reiterated the need for the legal content of the free press to be protected against the arbitrary interference of the very large online platforms. Although the text attempted a reference to freedom of the press, this safeguard is insufficient.

The DSA not only obliges large online platforms to delete illegal content, yet also empowers said platforms to delete legal content on the basis of their own terms and conditions or codes of conducts, which often go way beyond what the law foresees. With the Digital Services Act (DSA), we regret that the EU missed a crucial opportunity to secure our fundamental rights and values in the digital realm. To ensure that future generations enjoy the same freedoms online that previous generations fought for offline, the DSA should have provided the opportunity to not only establish that what is illegal offline must be illegal online, but also that what is legal offline, must be legal online.

"The European press publishers gravely worry that the limits of freedom of expression will be defined by the terms and conditions of a few powerful digital behemoths, and no longer by the law. This is a worrying trend, notably because an increasing number of readers, young readers in particular, are exposed to our publications via the social media. Press freedom is non-negotiable both online and offline. We call on the legislators to rectify this oversight in the next review of the text.”, said Ilias Konteas, Executive Director of EMMA & ENPA. 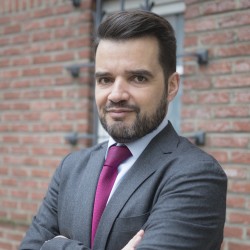