While the regulation aims at updating platforms’ liability and content moderation practices, the media sector regrets the lack of the necessary safeguards to ensure a pluralistic media landscape online. the preparatory works led by the Slovenian Presidency have not resulted in any specific protection for the integrity of European media content.

The position as it stands gives online intermediaries green light to impose opaque rules and unilateral decisions over legal editorial content. Concretely, such take-down or down-raking decisions result in immediate loss of visibility, user traffic and advertising revenues – in addition to significant time and resources spent by media professionals in trying to reach the platform. The General Approach simply ignores this issue.

We see a concrete solution - based on suggestions set forth by the European Parliament’s CULT, JURI and ITRE committees for opinion – taking the form of a rule of non-interference. This rule simply means keeping lawful press that already checks all the EU and national regulation and self-regulation requirements, without undermining removal efforts against illegal content.

Going forward, we urge the co-legislators to close this gap in the trilogues and provide:

2.     Concrete risk mitigation measures binding on very large online platforms (Article 27) to protect a free and plural media environment, based on Article 11 of the Charter of fundamental rights.

Wout van Wijk, Executive Director of News Media Europe, said: “The DSA should ensure the enforcement of existing EU and national media laws and editorial codes, instead of delegating such powers to commercial players.”

Angela Mills Wade, Executive Director of the European Publishers Council, said: “A rule of non-interference would provide the necessary clarity for tech companies to operate within the fundamental principles of media freedom and pluralism.”

Ilias Konteas, Executive Director of EMMA-ENPA, said: “As per the Council’s proposal, the DSA would for the first time legitimise the fact that the boundaries of press freedom are no longer determined by general laws, but by global platforms’ terms and conditions. We hope that this can be addressed in trilogue.”

The media sector puts high hopes on the position of the European Parliament expected in January, to ensure co-legislators have a proper debate about the treatment of media content during the trilogue negotiations. The DSA is the unique opportunity to enforce media freedom and pluralism online.

EMMA, the European Magazine Media Association, is the unique and complete representation of Europe’s magazine media, which is today enjoyed by millions of consumers on various platforms. EMMA represents 15,000 publishing houses, publishing 50,000 magazine titles across Europe in print and digital. Website: www.magazinemedia.eu

ENPA, the European Newspaper Publishers’ Association, is the largest representative body of newspaper publishers across Europe. ENPA advocates for 16 national associations across 13 European countries, and is a principal interlocutor to the EU institutions and a key driver of media policy debates in the European Union. Website: www.enpa.eu

NME, News Media Europe (NME) represents the progressive news media industry in Europe – over 2200 European titles of newspapers, radio, TV and internet. NME is committed to maintaining and promoting the freedom of the press, to upholding and enhancing the freedom to publish, and to championing the newsbrands which are one of the most vital parts of Europe’s creative industries. Website: http://www.newsmediaeurope.eu/ 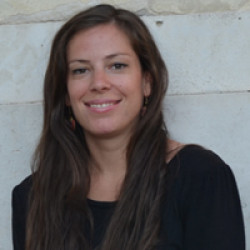